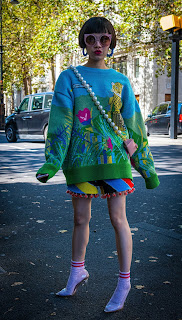 We can all agree that building characters your readers will care about is essential for good story telling. If the reader doesn't care about the characters or what happens to them, they'll stop reading. Been there, done that. I admit, I felt guilty for not finishing the novel from a well-known author; I was more than two-thirds of the way through. The only reason I read as much as I did was because I was told "it gets better." But it didn't.

We've all seen lists on character building. My list has some examples, and I hope, thought provoking questions.

1. What is your character’s perspective? Are they a Pollyanna or a Debbie Downer?

2. What assumptions do they make about people? Do they give them the benefit of the doubt or assume they are trying to rip them off, get more money from them or use them?

3. What do they value? Money/material things, family/friends, education, service or caring for animals?

4. What’s their moral code? The end justifies the means or it’s okay to cheat or steal as long as they don’t get caught?

8. What line won’t your character cross?

9. What keeps them up at night?

Photo by Heino Elnionis on Unsplash